I thought readers might like to compare a couple of concepts and see which one they would find to be more astonishing if you were a Lamanite in Alma 49.

This is another chance to reach consensus if we just use common sense. Set aside everything Joseph Smith and Oliver Cowdery said and just look at the options.

Book of Mormon Central (BOMC) cites Becan as the ultimate example of a Nephite fortification created by Moroni. So does FairMormon (and probably all the other affiliates of BOMC). FairMormon gives us 4 images to consider, all of Becan. At least that's somewhat scientific; BOMC gives us three illustrations of "a fortified Nephite city" (which is actually an unidentified rendition of Becan with the moat Mormon forgot to mention obscured by different coloration), "Captain Moroni's Works of Timbers," and "Nephite Fortifications," all featuring the ubiquitous Mayan stone temples that appear in all the Mesoamerican artwork but not in the text.

Here is the place of entrance at Becan: 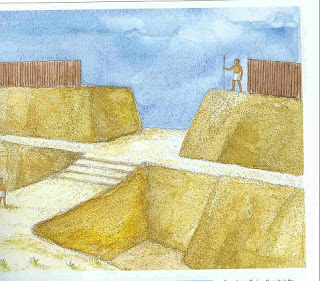 You have to cross the ditch (or moat) and fight off the defenders on either side, but it's basically a straight shot. Not a problem with enough men.

And not very imaginative.

Here is the place of entrance at Fortified Hill in southern Ohio. 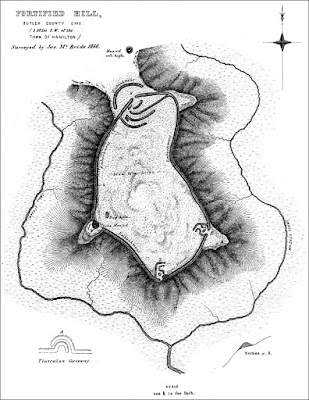 There are four places of entrance. Three are at the top of steep hills, and even then there is no straight shot. The fourth has a series of gauntlets an attacker would have to navigate. Here's a closeup. 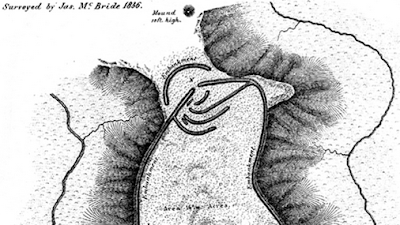 Which of these would you find more "astonishing" if you were trying to attack?

The arrows in red show what the attackers would have to get through. Several layers of defenses, arranged like a maze, with defenders atop each of the banks of earth. And even if you survive the gauntlet, you've got a fresh army waiting for you at the end of the final passage. 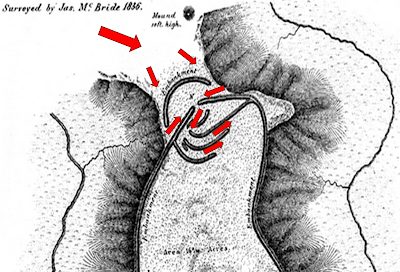 Pretend you're a Lamanite. You better hope you're living in Mesoamerica and not Moroni's America.