The other day I suggested that the greatest obstacle to reaching consensus among Mormons regarding Book of Mormon geography is sunk costs.
http://bookofmormonconsensus.blogspot.com/2018/05/sunk-costs-and-m2c.html

I received a lot of positive comments on that post, but now that I think about it, the sunk costs are only a problem for a tiny minority of LDS; i.e., the employees at BYU/CES/COB who have been promoting and teaching M2C.

The rest of us haven't invested nearly as much in M2C. Our "investment" consists of a naive belief in what the M2C intellectuals have taught. They've told us in Seminary, Institute, BYU, and Church media, manuals and visitors centers that the Book of Mormon took place in Mesoamerica and that there are two Cumorahs. We've accepted that because we (i) trusted these intellectuals and (ii) didn't know what the prophets have taught.

Now, that is changing.

People throughout the Church are learning, for the first time, about Letter VII and the consistent and persistent teachings of the prophets that reinforce Letter VII.

We might feel a little embarrassed that we believed M2C. Maybe we've taught it on our missions, in classes, to our children, etc. Maybe we think we're "smart" because we believe the M2C intellectuals. Those are all sunk costs that make it a little difficult to change our minds.

When we learn how these M2C intellectuals have misled us by suppressing the teachings of the prophets, we develop cognitive dissonance that looks like this:

1. CES/BYU/COB employees have been teaching M2C and we trust these employees to teach the truth, so we accepted M2C.

2. We discover that the prophets have consistently and persistently taught that Cumorah is in New York, which contradicts M2C.

3. We discover these CES/BYU/COB employees knew all along but they have censored the teachings of the prophets because they think the prophets are wrong and they don't want us to know that's what they think.

4. We develop cognitive dissonance because we want to believe both the prophets and those CES/BYU/COB employees.

5. Now we have to figure out which of the things the CES/BYU/COB employees have taught are true and which are not. On the New York Cumorah, it's easy: we believe the prophets instead of these employees. But now we have to start evaluating other topics.

Still, for most of us, these sunk costs and the cognitive dissonance they create do not threaten our careers or our status. They are manageable. We can change our minds when we learn what the prophets have taught. We can place the prophets above the intellectuals. 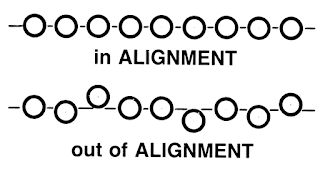 The easy solution is for the CES/BYU/COB employees to align their teachings with the prophets. That would eliminate the cognitive dissonance and we'd all be on the same page.

The entire Church would be aligned with the prophets.

But we won't get there unless and until the CES/BYU/COB employees themselves change their minds about the New York Cumorah and align their theories with the teachings of the prophets.

And that will require them to overcome their own cognitive dissonance that was created by the massive costs they have sunk into M2C.

I'll suggest ways to help them in my upcoming video series.
Posted by jonathan3d at 6:57 AM