How consensus persists, even when wrong

This describes the way the M2C "consensus" operates. It's another version of the academic cycle: 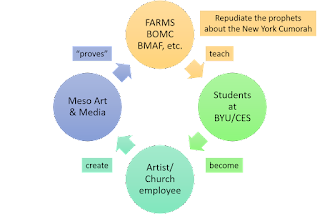 One way to break the cycle is for people to think for themselves. But to do that, they need accurate and complete information.

So long as the M2C citation cartel engages in censorship, people will not be able to make informed decisions and thereby break the endless consensus loop.
Posted by jonathan3d at 6:20 AM